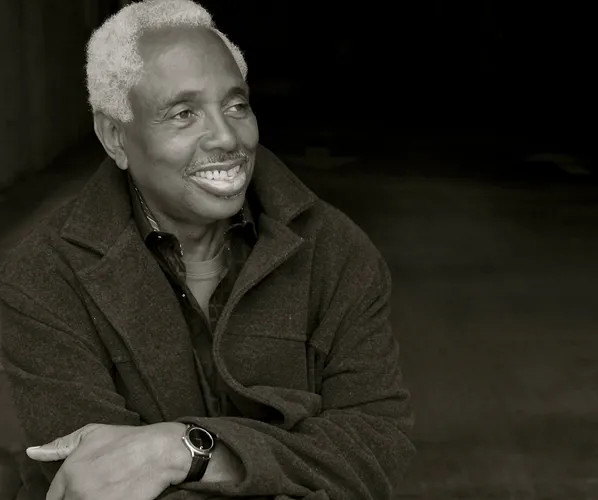 An exceptional talent in a league all his own, he lays claim to a profound musical career spanning over 5 decades. With commitment, intelligence, generosity and humility, Clarence McDonald’s artistry has graced us with some of the most memorable songs of our time. Born in Los Angeles, California on February 24th to Curtis and Ocie McDonald, Clarence showed an early interest in music.

Both his parents and Alma Hightower, a prominent music teacher at the time, encouraged his early instincts. The combination of early exposure and unconditional support launched the young man on his journey to becoming a great musician, songwriter and producer.

By the age of 12, Clarence was playing the piano at the Angeles Funeral Home, then located on Jefferson Boulevard and Central Avenue.

By 16, he was out playing at the local nightclub, Memory Lane, accompanying jazz artists Lorez Alexandria and Sam Fletcher. On the weekends, he played with the Chico Hamilton Quintet. Charles Lloyd was the saxophonist in the group and doing his student teaching at Dorsey High School while attending University of Southern California. Often times the group would perform in San Francisco’s Haight Ashbury District on the weekend and return to Los Angeles just in time for school on Monday mornings.

Upon graduation from Dorsey High School, he attended Cal State, Los Angeles. During his sophomore year, while working with the group the Vocals (5th Dimension), they were invited to tour with Ray Charles. While on the road, it was the adventure of a lifetime being around a true musical genius.

In 1966, when his ascent in the music world appeared to anticipate no limit, he was drafted into the United States Army and sent to Vietnam. He was discharged on January 7, 1968, the day before the infamous TET Offensive.

Back at home, with the war behind him, Clarence made a conscious decision to live his life to the fullest, appreciating just how tenuous life can be. He wasted no time returning to the music business as a recording musician, and quickly earned a reputation as one of West Coast’s finest.

His exceptional talent and all-around positive energy provided him with the opportunity to work with some of the industry’s best musicians and singers of the time. But Clarence didn’t rest on his success. Expanding his musical expertise, he became an accomplished arranger, songwriter and record producer as well.

One of the many highlights of his career was writing and producing the Emotions Platinum album, Rejoice with Maurice White. On the album was the #1 pop song, “The Best of My Love.”

Also topping his list of memorable achievements was his songwriting contributions to the Platinum album, This is Niecy by Deniece Williams, his role as producer of Bill Withers Gold album, Menagerie as well as his collaboration with Ray Charles on the album, Genius Loves Company co-arranging and playing keyboards for the Grammy award winning song, “Heaven Help Us All.”

As a child, his father gave him the freedom to follow his heart’s bliss and lived his life in such a way that Clarence, the boy, could clearly see the positive results of a truly good life. As a teenager, Ray Charles taught him everything about music and the business of music.

As a young man, Eubie Blake gave him seasoned knowledge. And as a mature man, OC Smith showed him how to bring it all together and to apply this wisdom to his daily life.

When asked the secret to his incredible career, Clarence sums it up in one word, “persistence.” “The thing that makes you the best is repetition. Do something over and over again and you will be successful.”

THE ONLY THING IN LIFE THAT’S CONSTANT IS CHANGE.” – CLARENCE MCDONALD